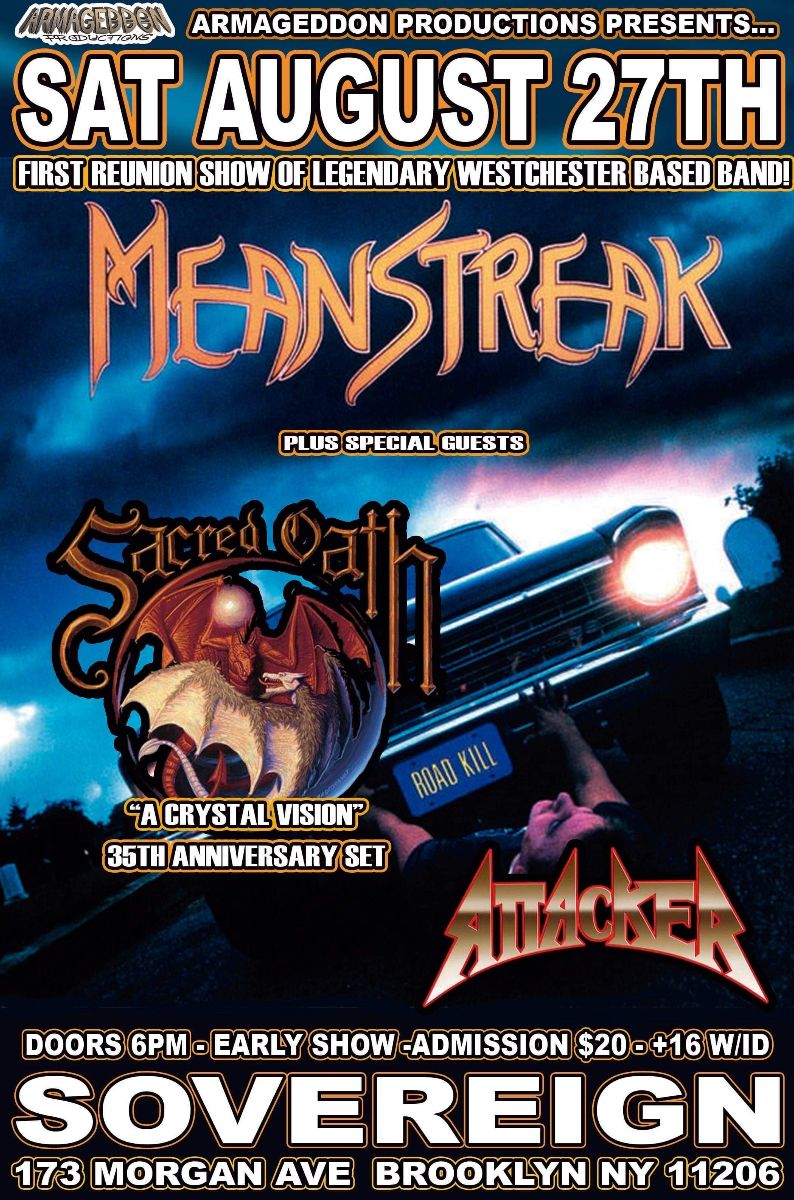 Currently celebrating “A Crystal Vision” with their 35th Anniversary Tour, Sacred Oath announced yesterday that they will be performing a special ‘one night only’ concert in New York with Attacker and the recently reunited all-female thrash band Meanstreak.  All three bands were signed to the Mercenary Records label in 1987 and released their debut albums just prior to the label folding in 1989.  This is the first time all three bands will perform on the same stage together.

“I heard about the Meanstreak reunion and reached out to Rena (Petrucci) right away,” said Rob Thorne of Sacred Oath.  “I thought a ‘Mercenary Records Night’ would be a cool show, and it looks like this will be the very first show for Meanstreak in almost 30 years.  We’re excited about the whole thing, all of it.”

Sacred Oath (CT), Meanstreak (NY), and Attacker (NJ) were up-and-coming bands to watch in 1988, frequently playing the NYC metro area metal clubs such as L’Amour and Streets.  The Manhattan-based Mercenary Records signed each of them and released their debut albums worldwide via Celluloid before folding in 1989.  Sacred Oath and Attacker have continued to perform and release albums since then, but Meanstreak broke up in 1994.  A reunion was announced in early 2022.

“Of course we’ll be playing through the entire “A Crystal Vision” album at this show,” says Thorne.  “The whole evening will be a trip down metal memory lane.  I can’t wait.”

The show is happening Saturday August 27th  6:00 pm at Sovereign, 173 Morgan Ave in Brooklyn, NY and tickets are now on sale and available HERE: