Fans have been waiting years and it’s finally happening: the much sought-after and previously unavailable Annihilator back-catalogue is getting a series of reissues via earMUSIC.

Now, “METAL II” kicks off this extensive catalogue campaign that will give you special editions, bonus material, exclusive and previously unreleased tunes: All For You!

METAL II has been given an incredible overhaul with the one and only Dave Lombardo (Dead Cross, ex- Slayer) killing the drums and lead vocals "re-invented" by the great Stu Block (Into Eternity).

The presale start is connected to a big competition where fans can win an originally signed ANNIHILATION II – EPIPHONE FLYING V guitar additionally to a virtual meet & greet with Jeff Waters himself! 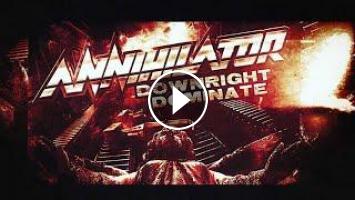