Birthed at the juncture where hardcore and punk meet metal, DEATH RAY VISION are proud to announce they have found a home. They have signed with Metal Blade Records for their forthcoming third album, "No Mercy From Electric Eyes," due out in summer of this year. More details on the album are coming soon.

"I could not be more excited about Death Ray Vision joining the Metal Blade family," says bassist Mike D'Antonio. "The new record is a banger, and I can't think of a better record label to release it to the world!"

Metal Blade founder Brian Slagel concurs, "Super excited to welcome Death Ray Vision to the Metal Blade family! We love working with Mike D and look forward to this one!"

Commencing writing in late 2018 following a tour with Killswitch Engage — who share bassist D'Antonio with DRV — the band had a lot of creative momentum still burning following that year's Negative Mental Attitude and kept it rolling. The results will demonstrate that they are playing at the top of their game. "We're a lot more cohesive as a band after playing together for so many years, and we've gotten better at songwriting and collaborating to bring out the best in everyone’s ideas," says guitarist Pete Cortese.

A further new dimension affecting the sound is the addition of vocalist Keith Bennett to the band's ranks, who the existing members knew would be the perfect fit from his time with notable acts Wrecking Crew, Panzerbastard (both of whom shared the stage with Cortese and D'Antonio's other band Overcast), and Ramallah. "Keith brings a whole lot of piss and vinegar, with a side of street cred. He brought a new sense of enthusiasm and excitement and got us even more fired up to make a great record," says Cortese. Guitarist Chris Rosati adds, "Creatively speaking, Keith is a force of nature. His ability to get inside a new song and quickly come up with vocals and lyrics is really something to witness." 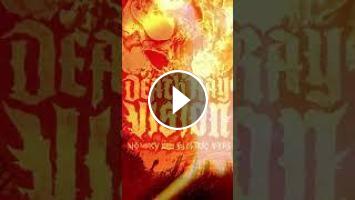 Birthed at the juncture where hardcore and punk meet metal, DEATH RAY VISION are proud to announce they have found a home. They have signed with Metal...