Formed in 1995 and entering the scene with their debut, Blacken the Angel, in 1998, bandleader Sathonys was temporarily forced to put AGATHODAIMON on hold in 2014 due to private circumstances. But the irrevocable fire of the band and their fans never went out, seeking a reawakening of this sonic, seething beast.
Now, the gates of darkness have opened once again with the massive first single “Ain’t Death Grand” as a mouth-watering harbinger, alongside a hard-hitting music video. The song breaks in with evil screams spit from the devil himself while evoking a hellfire of thundering drums and razor-sharp riffs to create an intense mélange fueled with heroic symphonic black metal passages.
Sathonys on the first single:
“'Ain’t Death Grand' was the first song we’ve written together after our reunion, so it rightfully became the first video clip. Especially as it acts as an excellent teaser for what’s still to come: As usual, the songs of THE SEVEN won’t be one-dimensional, there’s a wide range of styles you can expect, just like we did it in the past. BUT this one has a lot of elements in common with the other songs: Dark atmosphere, melody, aggression, intensity, groove, some old school-vibe and respect for our roots, but also the inevitable longing for new musical grounds and heartfelt music in general.” 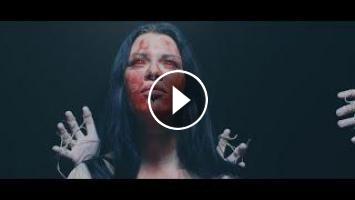 Pre-Order "The Seven" here: https://smarturl.it/A-TheSeven Formed in 1995 and entering the scene with their debut, Blacken the Angel, in 199...