Returning with a vengeance with the first new music to be released since 2017, Amerakin Overdose premieres new single and video "Agastopia", watch below:

"The band’s first release since 2017 dissects how posturing on social media has really effed up reality. The energized track embraces the band’s industrial sensibilities and deranged aesthetic to begin a new chapter marked by their new found resurgence." - Ramon Gonzales, Knotfest

Amerakin Overdose is a high energy Industrial Metal act from Portland, Oregon, established in 2010 by Cody Perez, the outspoken lead singer and main inspirational source. Over the last decade they have released two full length albums ,Amerakin Overdose (released in 2012 and reprinted in 2015 with a new cover and added bonus track) and The Great Amerakin Dream (released in 2016), and five music videos. Amerakin Overdose toured the United States, as well as opening for hundreds of touring nationals in the Pacific Northwest including Korn, Powerman 5000,

Five Finger Death Punch, Static X, All That Remains and many more.

2022 will bring new music and videos from the band as well as a return to the 2015 line up featuring Cody Perez on lead vocals, Pito Perez on backing vocals, Brick on drums, Starbie 66 on bass and Bishop Freeman Manfree on guitar. 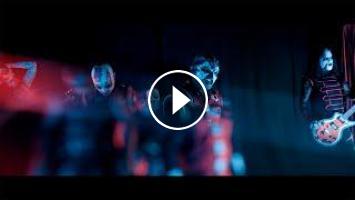 Returning with a vengeance with the first new music to be released since 2017, Amerakin Overdose premieres new single and video "Agastopia",...