Los Angeles symphonic prog metallers ANTHEA announces their return in 2022 with their sophomore album "Tales Untold" to be released once again via Rockshots Records this coming August to follow their 2020 debut "Illusion".

For the new album, Anthea has taken the reigns for a more DIY approach with vocalist Diego Valadez taking over also as the full-length's producer along with bassist Eric “EJ” Guerrero in charge of music videos and photography.

“We released our debut album in 2020, but were, unfortunately, like everyone else, unable to tour or play live gigs. However, this gave us a lot of extra time to really craft this follow-up album into something special. Tales Untold was written and recorded throughout 2021 and I am so proud of the end result.” adds Valadez.

Fans of Anthea's first album "Illusion" will enjoy this one even more. The difference with this next record is that Anthea has a more mature sound and has carefully thought out the ebb and flow throughout it. Their end goal is to give a very dynamic and cinematic album in which the listener feels as though they’ve gone through a grand musical journey once they’ve reached the end.
"We also wanted to create a sense of escapism while keeping one fit in the real world lyrically."
Today in preview of the album, the band is sharing with fans a new music video for its title track. The opening song is about how art inspires new generations of art forms whether it be novels, music, movies, poetry, etc.

"I just find the interconnectivity of it all fascinating. This song itself wouldn’t exist if it weren’t for the music that we were influenced by, and their music wouldn’t exist if it weren’t for what they were listening to, and so on and so on.“ says Valadez.
Anthea is a melodic, symphonic metal band from Los Angeles, CA. With influences from bands like Nightwish, Kamelot, and Wintersun, as well as scores from composers such as Hans Zimmer, John Williams, and Danny Elfman, the band create a unique theatrical sound blending progressive, power, and thrash metal elements, with a grand, cinematic edge. 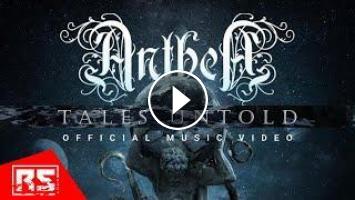 Los Angeles symphonic prog metallers ANTHEA announces their return in 2022 with their sophomore album "Tales Untold" to be released once aga...