Axemaster was formed in 1985 by lead guitarist Joe Sims and Drummer Brian Henderson. The project and music has stood the test of time and remains strong after over 25 years.

Several lineup changes followed as the band recorded their next 2 releases: "Death Before Dishonor" (full length cassette, European-only release) and "5 Demons (Imperative is their Demise)" (self-released EP cassette). Joe Sims was the only original member to remain and play on every release. After this the band altered their musical direction and changed the name to The Awakening. That group did 1 CD before breaking up in 1995.

Four years later, Unisound Records {Greece} re-issued selected songs from 4 of the band's releases (as well as 3 songs by The Awakening) on a 15 track CD titled "Axemaster & The Awakening, 1985-1995". In 2002 Unisound re-released "Death Before Dishonor" (as well as some unreleased material) on CD. The success of these discs proved that Axemaster's music was still in demand years after their breakup.

In 2006 the band's original lineup re-united and in 2007 re-released "Blessing in the Skies" on disc through Burning Star Records {Greece}. It includes the album in its entirety as well as 3 bonus tracks and a video for the song "Slave to the Blade". The reunion was short-lived however, as Christopher Michael did not remain with the band and Axemaster was dissolved not long afterward.

In 2010, Joe Sims and Brian Henderson decided to re-start the Axemaster project and produce a new full length CD. They wrote all the music for the album then added vocalist Geoff McGraw and bassist Jim Curtis to complete the band's lineup. The new disc is currently in the works and is turning out to be BY FAR the band's favorite Axemaster release to date. The new songs have a thrashy edge along with a dark, doom metal feel; somewhat similar to the style of the band's last 2 releases of new material, but with greatly improved songwriting and better musicianship.

Additionally, the band was recently given the opportunity to appear on a promotional compilation CD which is being used to publicize the re-launch of the German magazine "That's Metal". So they temporarily put off working on the album in order to record a song especially for the compilation. Released in April 2013, the CD should be valuable in spreading Axemaster's name in advance of their new album being finished and released.

With the worldwide exposure & success that they've already achieved, the band is eager to complete the new album and put their show on the road to take the metal world by storm!!!! 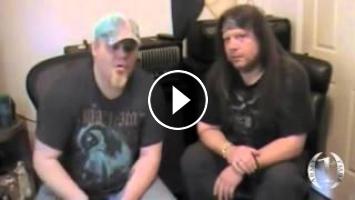 Axemaster was formed in 1985 by lead guitarist Joe Sims and Drummer Brian Henderson. The project and music has stood the test of time and remains stro...