Forward Momentum Prophecy is an American heavy metal band from Maine. Began to form when Michael Cormier (UMA music grad) met Adam Gilchrest (alumnus of Musicians institute, Berklee college of Music, awarded "World's Fastest Guitarist" in July 2011 by Dr. David Adamovich and the RHR official world organization) through a Craigs Lists musicians wanted ad in the summer of 2010. Michael had been in the local Maine metal scene looking for a band. Adam had just moved back from Hollywood, CA after graduating from Musicians Institute and playing the LA music scene with thrash metal meisters Vertigo (finalists on MTV's Battle for Ozzfest reality show).

After a few years of recording and playing shows with various bass players, the two met Arthur Leavitt, who currently plays bass for the band. Mike had originally played bass but switched over to drums. After years of not having a consistent front man, Adam and Mike had taken over all the vocals for the band. The band is
still actively seeking a front man but has some viable candidates. 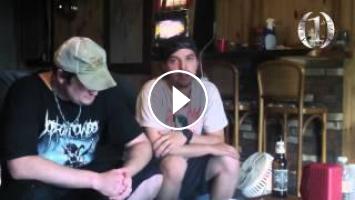