There are great guitarists, great vocalists and great songwriters, but MONTE PITTMAN is one of the elite few who can truly lay claim to all three titles. With his fourth full-length, Inverted Grasp Of Balance, he has once again raised the stakes, delivering a riveting collection of full force metal that showcases his continuing evolution, undoubtedly expanding his devout - and ravenous - fan base.

To assert that PITTMAN has had a storied career is something of an understatement. His resumé includes an ongoing and fruitful collaboration with multi-platinum selling artist Madonna, having recorded and toured with her extensively over a period of more than fifteen years. Then there's his first band, Myra Mains, his stint in the metallic behemoth that is Prong, and collaborations with a broad spectrum of international artists. If his time with Prong did not fully communicate just how much metal flowed through his veins, with 2014's Flemming Rasmussen-produced The Power Of Three - his first release with Metal Blade Records - he compellingly blended killer riffs, blistering leads and gigantic hooks to deliver an album that was equal parts anthemic grandeur and in-your-face attitude, making metalheads around the world sit up and take note. 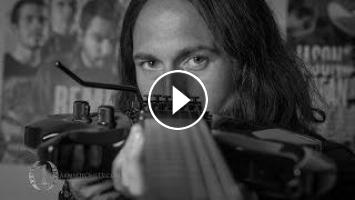