ArmyOfOneTV interviewed Coke Finlay of the London, UK Thrash metal band VIRUS. On this video, he discusses the origins, breakups, current status of the band and its latest album 'A new strain of an old disease'.

Virus were one of the pioneers of British Thrash Metal Formed in 1986 by H Heston & Tez Kaylor, members of the punk/oi! band Criminal Damage. They brought in John D Hess in their forming year & called on the services of Coke McFinlay in 1987.

Their first recording (PRAY FOR WAR) was completely funded by the Band itself, it wasn't till their 2nd album (FORCE RECON) in 1987 that people really started to take notice of the true potential of the band. The Press dogged them,probably because of their strong punk roots & it didnt help when Coke Punched out Xavier Russell of Kerrang in the Kit Kat club in London in 1988, who was reviewing their album that year.

Labelled the bad boys of Thrash metal because most of their gigs ended up in fights, drunken brawls & roadie punch ups, they still maintained a modicum of decorum when they met their fans!

More information can be found at: https://www.facebook.com/virusthrash 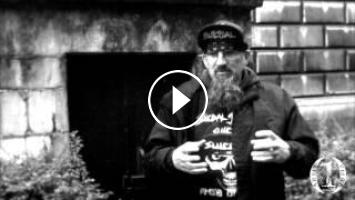