Audio Reign, in conjunction with MR Records, announces the worldwide release of the repackaged "International Deluxe Edition" of their self-titled album Audio Reign with a brand new single "Angel".

Although Audio Reigns’ self-titled debut album release was well received in Australia, MR Records believed this album was a powerhouse and deserved world recognition. As such, the album has been completely redesigned and repackaged as an ‘International Deluxe Edition’ with some brand-new bonus tracks for world release 2022.

The album already boasts some explosive singles like ‘Betrayal’, a hard rock tour de force. Hard-hitting and relentless, it sets a musical and lyrical tone that is abundant throughout the album: raw emotion and undiluted power. Vivisecting an act of treachery, the song casts a stark light on a shadowy deception, delivered by the unmistakable voice of frontman/guitarist Jake Fleming. Driving his vocals like a battering ram; the irreplaceable legion of Alek Dyrynda (lead guitar), Ash Lovett (bass) and Dieter Schoell (drums).

The release of Audio Reigns ‘International Deluxe Edition’ sees a brand-new single emerge into the light. ‘Angel’ is a truly authentic hard rock ballad which begs an answer to a declaration of love. This heartfelt offering once again harnesses the raw emotion of the band and delivers the dynamics and spine-tingling heights that you would expect from such a song. Although the ‘International Deluxe Edition’ will release a radio edit of ‘Angel', the band are currently working on another album which will contain the full album version.

The album can be purchased or streamed at: https://www.catapultdistribution.com/magnet/Audio-Reign/International-Deluxe-Edition 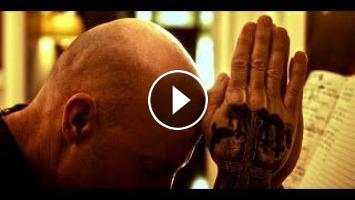 Audio Reign, in conjunction with MR Records, announces the worldwide release of the repackaged "International Deluxe Edition" of their self-...