"'Long Way Down" is one of the darker tracks on the album. It was written out of frustration at the state of the world," says Birth's Conor Riley. "It’s really about watching the slow decline and trying to hype myself up for the end of it. For the video, we wanted a vintage vibe that captured the darker and chaotic theme of the song. We worked with Vince Edwards who really helped us develop that vision."

Featuring guitarist/keyboardist/vocalist Riley and guitarist Brian Ellis, musicians who burst onto the prog-psych scene in the late aughts with Astra, a formidable, foundational group hailed as "prog goliaths" (AllMusic), who would shape the sound of things to come alongside co-conspirators such as Earthless, Diagonal and Dungen, and whose albums ‘The Weirding’ (2009) and ‘The Black Chord’ (2012) stand proud as two of the greatest progressive achievements of this century thus far, there is a palatable excitement surrounding Birth and the group has been pegged as one to watch in underground circles. Excitement surrounding the group kicked into a gear once a now-deleted demo ep was unleashed, on a pay-what-you-will basis, on the Bandcamp platform in 2021, which marked the spark of creation for the Birth universe, delivered a blast of vibrant progressive rock rich in cinematic scope and psychedelic intensity, and laid the groundwork for what was to come.

“Life and death appeared to me ideal bounds, which I should first break through, and pour a torrent of light into our dark world” . So wrote Mary Shelley in Frankenstein, arguably the first science fiction tale. A full 204 years later, the quest remains - how best to elucidate our daily lives with some form of inspiration that moves the spirit beyond its earthly shackles? On 'Born', Birth musically and creatively constructs a science-fiction-inspired sound-world in which bleak tumult and skybound rapture co-exist. The result is an intoxicating album haunted by earthly concerns while its sonics aim simultaneously for the stars.

"I’m a scientist by trade and I read a lot of dystopian sci-fi, which I believe is relevant to many of the events that have been occurring lately," notes Riley. "These views feed a dark, spiritual and mystical relationship that I have with scientific thought”. 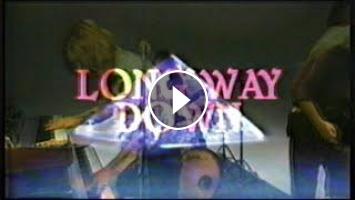