Black Hole's new album "Whirlwind of Mad Men" is now out as of November 11th via Rockshots Records. The full-length presents anthemic guitar riffs, powerful rhythms, frenzied solos, and enlightening vocals, to give fans a power metal quintet that's progressive, symphonic, and strongly influenced by masters of the genre such as Stratovarius, Kamelot, Powerwolf, Nightwish, and Iron Maiden.

For the album's release day, Black Hole is sharing their latest music video for their single "Never Surrender", a track that offers up a Celtic atmosphere that is inspired by the character of “Braveheart” William Wallace who fought to save his land.

“It is a message to all those who have fought, are fighting, and will fight for their country and their freedom.” adds the band.

​Black Hole's sophomore full-length "Whirlwind of Mad Men" navigates between heavy and power metal with melodies carried between the vocals and guitar solos along with being supported by solid rhythmic parts and great orchestral pieces which give intensity to the compositions. The diversity of all the songs allows listeners to travel through various atmospheres and contexts. The album's goal is to give feelings of power while mastering strong emotional moments.
The new album also features new member Christophe (keyboards/orchestrations), adding more epic and orchestrated tracks. A collaboration that promises to be more interesting than their previous record "Lost World". Mixing and mastering were helmed by Roland Grapow (ex-Helloween, Masterplan) who also added a guitar solo on the album's cover track of Iron Maiden's "Fear of the Dark".

"We are very happy to be releasing this powerful symphonic metal album. We have worked hard to deliver a high-quality product. The lyrics, the moods, the symphonic arrangements, and the performances of each individual give a special resonance to this record. The overall sound and the sound of each instrument has been an essential point throughout the genesis and we are proud of the finished product. The visual side is not to be outdone. The high-quality artwork represents well the universe of the themes and the general atmosphere of the album. We hope that fans will take as much pleasure to listen to it as we did to conceive it." adds the band.

Recommended for fans of Stratovarius, Kamelot, Powerwolf, Nightwish, and Myrath, BLACKHOLE's "Whirlwind of Mad Men" is available for order at https://bit.ly/Whirlwind_CD.​ 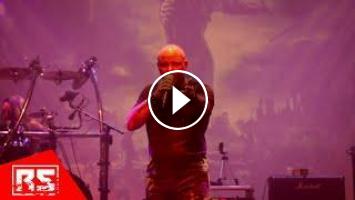 Black Hole's new album "Whirlwind of Mad Men" is now out as of November 11th via Rockshots Records. The full-length presents anthemic guitar...