CARAVELLUS Prepare You For An "Insurrection" Off Upcoming Album "Inter Mundos" Out June 17th, 2022. Album Guests From Angra, Shaman, Sons of Apollo and more!
PRE ORDER - https://bit.ly/InterMundos
PRE SAVE - https://bfan.link/inter-mundos​

Brazil's CARAVELLUS will be releasing their third studio album "Inter Mundos" via Rockshots Records on June 17, 2022. In lead up to its release, the band is sharing their second single, the epic power prog track "Insurrection" with a new music video
and the band's first single "Memento Mori" (lyric video)

"Each song on "Inter Mundos" tells a part of the story. Arteiro meets DEATH in the song "Memento Mori". In "Inter Mundos", THE DEATH appears to Arteiro without a sickle or hood. She arrives smashing bones, in the form of a jaguar, named Caetana, and her three hawks: Sombrifogo, Caintura and Malermato. This personification of Death was created by the fantastic Brazilian writer, Ariano Suassuna. We have inserted it as a tribute to this great Brazilian writer.
​
Musically, "Memento Mori" is the most doom metal song in Caravellus' discography. It's an empowering, grooving and dark song! " adds guitarist Glauber Oliveira.

CARAVELLUS was originally formed in 2002 by virtuous guitar player Glauber Oliveira as a studio project with session musicians.

In 2007, CARAVELLUS released their debut album "LIGHTHOUSE AND SHED" via Erpland Records.
CARAVELLUS' second album "KNOWLEDGE MACHINE" was released in 2010 by French label Metalodic Records. The sophomore full-length provided CARAVELLUS with a series of tours and important concerts as a support for bands Angra and Shaman.

"The new CARAVELLUS album is the result of the musical maturation and refinement of the artistic mission established by this band. Culturally… If Brazil were a river, the northeast region of Brazil would be its source of this river."

"INTER MUNDOS" is a concept album telling a love story between characters Arteiro and Aurora. The story takes place in the northeast of Brazil, in an unnamed village... with no precise location. It's a kind of mythical place where the plot brings up universal issues, such as class conflict, corruption, religious intolerance, life, and death. The entire plot is steeped in a metaphysical atmosphere, where reality and fantasy merge seamlessly. 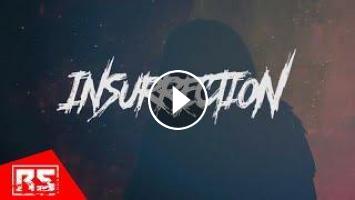 CARAVELLUS Prepare You For An "Insurrection" Off Upcoming Album "Inter Mundos" Out June 17th, 2022. Album Guests From Angra, Shama...