CELLAR DARLING released DANCE on 8 January 2021. Originally meant to be part of the band’s 2019 concept album The Spell, the song was completely rewritten during the summer and autumn of 2020. Inspiration came from two sources: the dancing plague of 1518, which is a fascinating story in itself, and an engagement with our contemporary world: doesn't it sometimes feel like we're in the process of dancing ourselves to death?

To interpret DANCE visually, Cellar Darling asked a collective of brilliant artists to transform it into their own world of images, which they did with the support of an amazing team of professionals and helpers:

Written and directed by Olivier Tambosi

Special thanks are due to Kanton Luzern Kulturförderung, Stadt Luzern FUKA-Fonds, and Maybaum Film.

Woe drowns out the silence
Now free as heathens,
around in circles do
the torn ones dance

Led by rhythmic motion,
the lucid withers
Rupturing,
the walls of every man
High above the mother,
circling avians
Gracefully inciting
one last trance

Day after night, night after day
they faint away
Unwillingly their limbs are
raised towards the sky 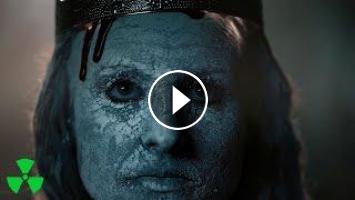 CELLAR DARLING released DANCE on 8 January 2021. Originally meant to be part of the band’s 2019 concept album The Spell, the song was completely rewri...