DECEMBERS FALL - Waiting For No One

NYC's Decembers Fall Premieres “Waiting For No One” Video

"Waiting For No One" was produced by Decembers Fall with guidance and engineering by Shane Stanton, whose engineering credits include the Grammy nominated album Kill The Flaw, by Sevendust.  The band has found its voice.

“We’re all big fans of Sevendust, so when the chance to work with Shane came up, we thought it was fate. There comes a time when you have to take control of your own destiny. I think that’s what we did here. “– Decembers Fall

Hailing from Hell's Kitchen, New York City, Decembers Fall is a hard-hitting rock band that has quickly gained a dedicated fan base through social media, local radio stations, independent magazines, and live shows consisting mostly of raw fury and emotion. Working with Dennis Sanders (Papa Roach, Static-X) the band has made its way to larger stages in the U.S.

During their early years, Decembers Fall spent the majority of their time writing volumes of material, not willing to sell an audience short when it comes to music. This attitude has led them to share the stage with acts including Bobaflex, Mushroomhead, and Red.

DECEMBERS FALL - Waiting For No One 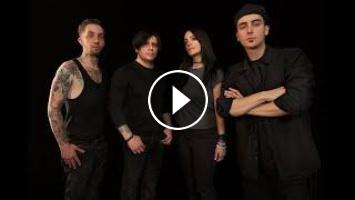