DRUDKH - The Nocturnal One

Ukrainian black metal stalwarts DRUDKH are now releasing the official music video for the new song, "The Nocturnal One". The video was originally not slated for release until later this year, along with a new record from the band. However, due to the increasingly dangerous situation in their homeland, being situated in the epicentre of the invasion, the band has requested that the video be released immediately as sign of Ukrainian resistance.

DRUDKH has always shown unwavering pride for their country through their music. This poignant statement is a testament to their fighting spirit and love for their homeland. The new record and its details will be revealed in time. Due to vinyl plant delays, the album release is delayed until late 2022.

Season of Mist has been in contact with Drudkh over the phone today.

They stated the following:
"Even though we weren't supposed to share any statement or music until later this year, we are grateful to get this new track out here today. It represents HOPE, may it strengthen those who need it."

Our hearts go out to Drudkh and all our Ukrainian artists.

Subscribe to Season Of Mist for new releases : https://som.lnk.to/YouTube

Season of Mist has always been known for being an innovative and wide spectrum label, interested in exploring and developing new artists and bands. The label represents well-known acts such as ABBATH, SÓLSTAFIR and HEILUNG, as well as rising stars in extreme metal like THE GREAT OLD ONES, GAEREA, ARCHSPIRE and CARACH ANGREN.

DRUDKH - The Nocturnal One 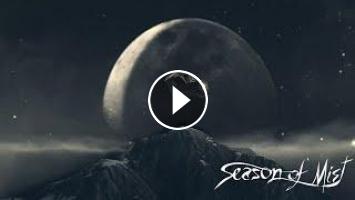 Ukrainian black metal stalwarts DRUDKH are now releasing the official music video for the new song, "The Nocturnal One". The video was origi...