GOD IS AN ASTRONAUT - Coda (Live)

To this day, the song is lauded as one of the highlights on GOD IS AN ASTRONAUT’s 2002 debut album. Featuring one of the best choruses the Irish space rock band has ever created, its compelling drums and soaring, spacey mood represent their songwriting qualities throughout.

Bassist Niels Kinsella reveals:
"Coda was written late in December 2002, the first draft of “The End of the Beginning” had already been released. In 2003 we added "Point Pleasant" (inspired by the Mothman Prophecies) and Coda (inspired by the beauty of the cosmos) to the album.”

"We had some challenges to overcome to perform "Coda" live - the original version was primarily programmed and had large parts that were reversed which was a challenge to recreate in a live performance. We also took the opportunity to expand on the song writing with more variation in the melody."

GOD IS AN ASTRONAUT - Coda (Live) 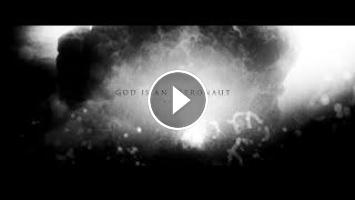