Buy here: http://www.metalblade.com/kardashev
“Show me your face, my brother forgotten.
Let me go.
Let me recall.”

Compost Grave-song illuminates the point of no return in The Lost Man's descent into regret, anger, and madness. He is lucid. He is awake. The Lost Man finds himself standing in the spot where his father knelt so many years ago. Guilt masked by anger grabs him by the chest and he curses the earth beneath him. The death of his brother rises to the surface of his mind as a cloud of locusts swarms a field, ripping and tearing until all hunger is satiated. He clutches a stone and sees the ghostly effigy of his father’s hand doing the same. Images of the tragedy that took his brother away flood The Lost Man, and he remembers the fury of his father as the truth was laid bare. But….what was it, that grave mistake that manifested by his own actions? The memory is too far in the ground, buried under broken glass and isolation. But this time will be different. This time he will not be cast aside. He is home, and he would rather die than suffer the loss of his past for a second time.

LYRICS:
At the back of the house by the compost
Is the plot where my brother lies dead.
“He got lost”
That's what I told them,
And I'm mocked by the stone on his head.

How could I have known it would be like this?
It was a mistake!

Moss on the carving
Covers your name.
Return to the dirt….
My memories….
Fading…..
And I am to blame.

I left you in the dirt that day.
How can I stand by your bed?

I am a fragment of stone that was broken.
Oh, your mind..
Still alive in the trees.
Washed away,
My mind is distilled
into the purest form of grief.
Show me your face, my brother forgotten.
Let me go.
Let me recall.
Six feet below…
five decades away.
You are gone but somehow I stay.

Place upon me your blanket of soil.

Dead branches above,
A chasm beneath me.
My regret fades to thoughts I can’t place

My mind aches to join you.
Bring me rest. 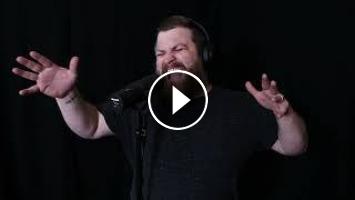 Buy here: http://www.metalblade.com/kardashev “Show me your face, my brother forgotten. Let me go. Let me recall.” Compost Grave-song illuminates the ...