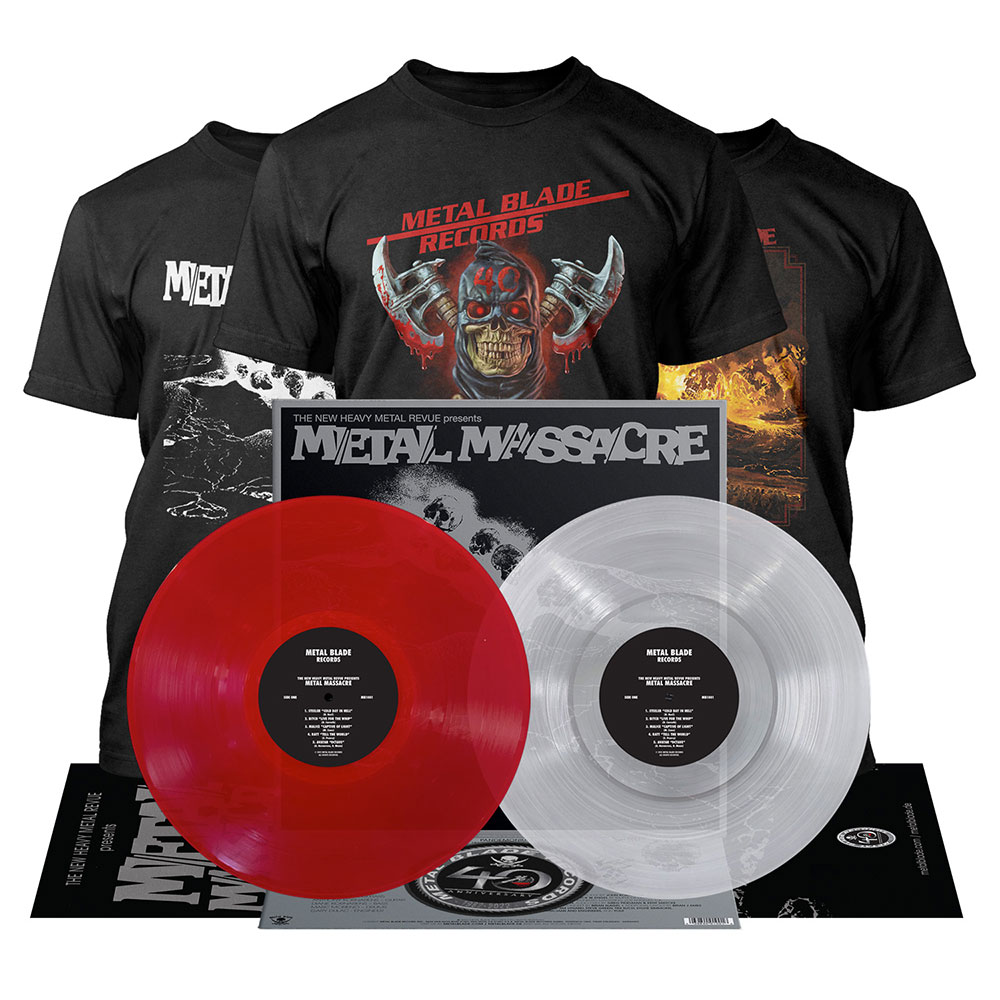 "So as we enter our 40th year it is pretty crazy to think about that. The first thing I thought of was reissuing the first Metal Massacre album. I thought it would be difficult to get the rights etc.. it ended up being one of the easiest things as all the bands were super cool and now hopefully you got a copy! We're still planning some cool shows and parties for this year so stay tuned for those! It's been pretty overwhelming with all the stuff that's happened so far and its certainly amazing ---just all the things that have happened in the last 40 years and I thank all the people we have worked with over the years! And of course all of you out there for helping make this happen!!" - Founder Metal Blade Records Brian Slagel

Marking its 40tth anniversary this year, METAL BLADE RECORDS is proud to present its debut release, Metal Massacre Volume One, for the first time since 1984 on limited-edition vinyl. Originally released on June 14, 1982, Metal Massacre showcased the best of Los Angeles' unsigned acts of the time such as METALLICA, RATT and MALICE, and has since become a cornerstone of METAL BLADE RECORDS. This special release dropped worldwide on April 22, 2022 at finer retail stores everywhere.

Check out the teaser for the upcoming METAL BLADE RECORDS documentary. See interviews with the original Metal Massacre artists here:

This 40 anniversary reissue track list includes all songs originally featured on the first and second pressing of the iconic compilation and limited-edition Ruby Red vinyl variant will be available with only 5000 copies total in print, available here and 2,000 copies pressed on clear vinyl (SOLD- OUT) exclusively at www.metallica.com .

Founder Brian Slagel celebrates with this special re-issue which marks the first of many METAL BLADE RECORDS activities happening across the world to celebrate the labels 40th year as a pioneer and champion of heavy music.

The METAL BLADE MUSEUM will open its doors in Las Vegas later this year where fans can see memorabilia and artifacts dating back to the label's inception.

Until more events are announced, head to METAL BLADE RECORDS and stream special curated 80's and 90's-inspired playlists, personally selected by Brian Slagel. These released playlists are an aural journey into METAL BLADE RECORDS first and second decades… The newly dropped 1990's playlist is a listeners time-capsule into the diversity of the eclectic mix of '90s modern rock and some of the most extreme heavy metal released in that time. This decadent decade features a prime line-up of METAL BLADE RECORDS' arsenal of bands - some of the hard hitters on this killer playlist is death metal behemoths BROKEN HOPE and icons CANNIBAL CORPSE, metal soldiers ARMORED SAINT, technical wizards ANACRUSIS and obscure metallurgists ARTCH… even commercial rock giants GOO GOO DOLLS - let your ears feast on this official METAL BLADE RECORDS 1990's Playlist! 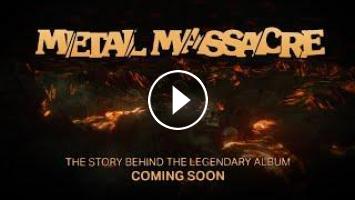 "So as we enter our 40th year it is pretty crazy to think about that. The first thing I thought of was reissuing the first Metal Massacre album. ...