The group’s first music video and single, “The Herd,” was released in May 2018 followed by “Phosphenes” in March 2019, with both receiving an overwhelmingly positive response. A debut EP, Pneuma, was independently released in May of 2019 along with a short “making of” documentary detailing the recording process of the album and offering insight into the writing process. Since Pneuma's release, MONOCHROMATIC BLACK has also released a video for “Warmth of the Sun.”

After the covid-19 pandemic hit in 2020 and concerts came to a screeching halt, the band found themselves in a similar situation to many others and used 2020 and 2021 to write and record Vicissitude, a 10-track continuation of the stage set by Pneuma. Pre-orders for the self-released album and special packages will be available at www.MonochromaticBlack.bigcartel.com/  and https://monochromaticblack.bandcamp.com . 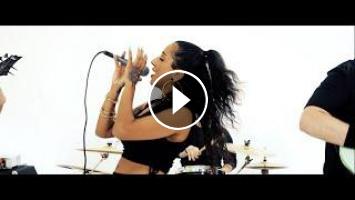