Italian proggers ONELEGMAN are proud to share their latest offering, their new album "Event Horizon", now available as of October 21, 2022, via Rockshots Records.

The third full-length from the trio, "Event Horizon" is ONELEGMAN’s most peculiar release to follow a new concept for each one of its tracks; to create a mosaic with sounds, lyrics, and graphics in order to show to the listener the direction of their journey. The band explains in further detail:
"'Event Horizon' is a journey. A journey in the human intimate, sometimes in the unconscious, exploring the universe to the limit of possible knowledge and consciousness. The research for new worlds, the chaos theory, the last days of a star's life, the direction of time, entropy, the fourth dimension that is gravity, love as an elementary form of existence, existence as a mere force of attraction, and repulsion between electrons, existence as creatures of God or as sons of physics and chemistry. All different shapes of life itself, like the music we composed: from frenzy guitar riffs to electro-rock ambient. Different musical styles that link each other through words and music.”
It is not the band's intention to translate the works of scientists such as Greene, Rovelli, Bertone, Hawking, Jim Al-Khalili, and Primo Levi into music, but to take inspiration from their treatises, terminologies, and thoughts to build cosmic and quantum images where they search for the true human essence, perhaps where life is born.

For the album's release day, the band is also sharing their new music video for their track "Chaos Theory"
The band adds:
"The time has come to show ourselves in all our beauty. We chose to shoot Chaos Theory, the opening track of the album, in an extraordinary location as difficult to reach as its uniqueness. A special place from which a flap of wings is capable of changing the perspective of everything. The Pietra di Bismantova, Bismatova’s Stone. A tribute to our roots and our territory."
ONELEGMAN is recommended for fans of Devin Townsend, Faith No More, and Alice In Chains.
Album order - https://bit.ly/EventHorizonCD​
Lyric Video - Event Horizon - https://youtu.be/k3G7xb4O0QU​
Music Video - Radiate - https://youtu.be/cpxmqujCLcs​ 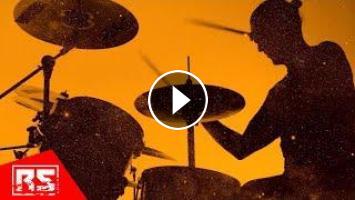 Italian proggers ONELEGMAN are proud to share their latest offering, their new album "Event Horizon", now available as of October 21, 2022, ...