The third full length from the trio, "Event Horizon" is ONELEGMAN’s most peculiar release to follow a new concept for each one of its tracks; to create a mosaic with sounds, lyrics, and graphics in order to show to the listener the direction of their journey. The band explains in further detail:
"We've always meant for our music to give listeners an odyssey and this intention was never stronger than on this third album. We have aimed high, but not necessarily far, we focus on the intimacy of humanity, sometimes on the unconscious, and to explore the universe to the limit of possible knowledge and consciousness. We titled the album "Event Horizon" because it is precisely that, an EVENT HORIZON.

Today, the band is revealing their first single and the album's title track with a new music video
The band adds:
"Welcome to the world of science fiction. Black holes challenge the nature of space and time, passing through one of them would mean understanding and revealing the intimate secret of the universe. Event Horizon is not only a physical limit that our current technology does not allow us to cross, it’s a mental limit we’ll have to push ourselves to cross to understand the real potential of our mind and the true meaning of life. This track reflects the power of the lyrics with heavy and monumental guitar riffs, orchestral strings, and wide choruses. The video clip was made capturing the creation of a painting by Alessandro Rinaldoni, a talented artist and close friend of ours since the beginning of our career."

This album is an auditory exploration of new worlds, the chaos theory, the last days of a star's life, the direction of time, entropy, the fourth dimension that is gravity, love as an elementary form of existence, existence as a mere force of attraction and repulsion between electrons, existence as creatures of God or as sons of physics and chemistry."
It is not the band's intention to translate the works of scientists such as Greene, Rovelli, Bertone, Hawking, Jim Al-Khalili, and Primo Levi into music, but to take inspiration from their treatises, terminologies, and thoughts to build cosmic and quantum images where they search for the true human essence, perhaps where life is born.

ONELEGMAN is recommended for fans of Devin Townsend, Faith No More, and Alice In Chains.

ONELEGMAN was formed in 2003 in Reggio Emilia, Italy. They introduced themselves to the world with their 2007 self-produced EP. In 2011, they collaborated with Dysfunction Production, an Italian team of producers who worked with Dino Cazares (Fear Factory), Tue Madsen (Meshuggah), Logan Mader (Machine Head) and Dan Korneff (Paramore), Bjorn Strid (Soilwork) among the others to produce their debut album “The Crack”.

In 2015, they released their sophomore full-length “DO YOU REALLY THINK THIS WORLD WAS MADE FOR YOU?”. The record was a more rock-oriented, dynamic, orchestral concept album about people experiencing, living, and interpreting the theme of change through a tragedy that leaves a mark on their lives forever. It was dedicated to those affected by the earthquakes that struck the Emilia-Romagna region in Northern Italy during May 2012.

Supporting their catalogue with tours across Italy and sharing the stage with bands like HATEBREED, WOLFMOTHER, and LACUNA COIL among many others, ONELEGMAN entered the studio in 2019 to create their third album, “Event Horizon” now set for release in 2022. 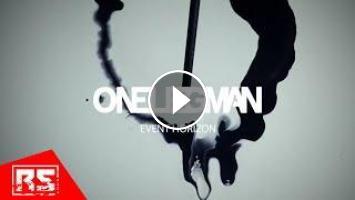