Revolutions begin with whispers in the wilderness… so if/when the 1st shot of the second American Civil War is inevitably taken, which side of the battle will you be on? Savage Latin metal band Saint Diablo have just revealed a new music video and single entitled "Odio", which asks tough questions like what it means to be a patriot addressing societal issues currently dividing the United States of America. The video was directed by Hunter Chapman at Veterans Coastal Media.

"We wrote this song about the uneasy division within our American Society beginning in early 2017 through present time" says lead vocalist Tito Quinones. "We have witnessed a lot of ups and downs in our American Zeitgeist but had never witnessed the closest thing to a second American Civil War. At first, we thought things would settle down and the song would be less of a reflection of us as Americans. Unfortunately, the cultural temperature just kept rising. We saw people on both sides of the political spectrum making the same arguments about what it meant to be a patriot and what it meant to simply be a good person.”

Guitarist Justin Adams explains further, “Odio (or hatred) is the poison we are all chocking on, and it seems to be the most constant catalyst that leads society’s collective behavior. At times it feels like the only way to survive and overcome generations of abuse and injustice is to start using the techniques strategies of the perceived enemy. This is further antagonized by the idea that those with little to lose have everything to gain. As a result, extremism on both ends of the spectrum quickly starts to become the default position. In doing so however, all we do is feed the Odio and increase the temperature of the modern drama and leaves blood and death on all our hands. There has to be a better way to stand to against our confused brothers and sisters and plead to their better angels without destroying them or each other in the process. Because if not, all we are doing is just feeding the Odio until there is nothing left to feed it.”

Saint Diablo have chosen to pledge allegiance to the revolution and the resistance (la Resistencia - la Revolución), fighting alongside those who are champions of inclusivity and warriors for equity and social justice and they’re taking it to the streets this month on a short run of live dates with Artusha and The Plan. See below for dates and ticket information. 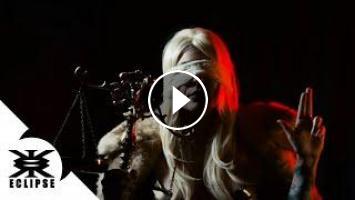 Revolutions begin with whispers in the wilderness… so if/when the 1st shot of the second American Civil War is inevitably taken, which side of ...