Switzerland’s legendary industrial metal force SAMAEL have just released an intense official music video for “Dictate Of Transparency”, taken from their latest full length album Hegemony (2017). The song could hardly fit any better with current times. Also out now is a strictly limited 7’’ vinyl release of the track, also including another track, “Against All Enemies”, taken from the same 2017 standout album.

SAMAEL on “Dictate Of Transparency”:
"Dictate of Transparency" reflects the zeitgeist of the digital world.
The song is taken from the album Hegemony, and since its release, it manages to even more accurately describe the world we live in.
We do not make predictions, we only make observations.” 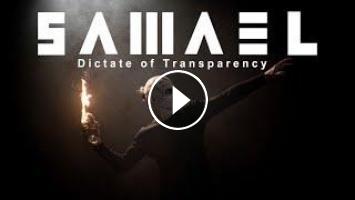