Metal Warrior Records released Host Desecration on CD format April 15. A limited edition (500 copies) vinyl LP version will be released on June 21. The album is also available for purchase and streaming on Bandcamp.

After the enthusiastic response to the Blood Libel EP, the Netherlands' Metal Warrior Records approached the band about fleshing out the EP into a nine-song full length! "We never stop writing, so we kept pounding until

the work was complete, and Host Desecration starts right where we left off," says guitarist/founder Eric Sexton-Dorsett. "Exploring the darkest reaches of the rational mind with a no-rules, metal passion that cannot be stopped!"

The EP tracks have been remastered and the song "Blood Libel" is an extended version of the original EP track. FFO: Watch Tower, Nevermore, Anacrusis, Iced Earth, Witherfall, Sanctuary, Fates Warning and Hades.

2. Bite The Hands That Bleed [Video]

3. There’s Something In The Fog

9. The Man Who Could Not Sleep 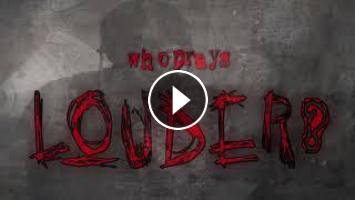