From the new album, 'Tragic Magic' OUT NOW.
Order your copy at: https://www.metalblade.com/spell
https://spellofficial.bandcamp.com/album/tragic-magic

Arriving directly from a zone between dream and waking, the fourth album from Spell is here to weave its potent magick. Established as intrepid pathfinders on the journey of classic Heavy Metal into the mystic, Tragic Magic sees the Vancouver outfit honing their approach to seductive effect.

The turbulent two-year period following their triumphant third album Opulent Decay has steeled the resolve of a band who always operated according to their own co-ordinates: "These strange times have encouraged us to look up from the doldrums of our daily lives and reflect more critically on what we're doing and why," reckons Cam Mesmer. "For us, this involved stripping away a lot of bullshit to reach a more essential, distilled and purer version of what Spell is."

This also involved the band becoming a duo for the process. Tragic Magic was written and recorded entirely as a collaboration between brothers Cam and Al (Lester). "And we couldn't be happier about the result," says Cam. "The identity of Spell came into sharp focus as it was always intended to be."

This becomes clear when confronting Tragic Magic; the songcraft here is steeped in the atmosphere of the arcane, yet the hooks are more razor-sharp than ever as ten occult-tinged anthems seamlessly marry majestic bombast and otherworldly allure with gritty resonance.

Whilst influences like the esoteric charge of Blue Öyster Cult and the elemental expansions of Camel and King Crimson are wont to drift through these crepuscular melodies, Spell are as likely to be influenced by the life-affirming energy of '60s Motown as the ethereal dimensions of Cocteau Twins, or the strident woe of Candlemass and classic songwriting chops of Russ Ballard.

Lyrically, the band also moves into different dimensions. "The themes on this album are more concrete, guided by personal experience," reflects Cam. "Tragic Magic has to do with mental illness, ageing, the death of a loved one, the decay of time… this is what 'tragic magic' means to us - loss and tragedy outside of our control, which fundamentally alters our perceived reality."

Indeed, whilst the approach of this band has looked towards the escapist in the past, Tragic Magic sees them doggedly confronting bleaker forces in search of transcendence. "Life has gotten harder and less hospitable for many people lately, so it didn't seem appropriate to flaunt excess," notes Cam. "This album is our response to the world as it currently is: music for an ascetic age."

More than ever, this unearthly brew sounds like no one else but Spell - gnostic rock warriors transposing their dark arts fearlessly and alchemically into the light. "Music is magic, and Spell is a spell. Fundamentally, it is a forum to make our dreams come true." 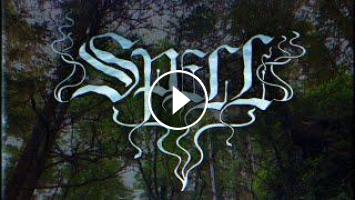 From the new album, 'Tragic Magic' OUT NOW. Order your copy at: https://www.metalblade.com/spell https://spellofficial.bandcamp.com/album/tragic-magic...