It's no secret that the musicians (and the manager) of the band TANKARD are among the biggest Eintracht Frankfurt fans. Their club anthem 'Schwarz-weiß wie Schnee' is played before every home game of the Bundesliga club and is sung along loudly by 50,000 throats.

This time, even other friendly Frankfurt artists have agreed to contribute a version of the song. So the new 'Schwarz-weiß wie Schnee' EP also contains a hit version by Roy Hammer and a ska version by Revolte Tanzbein.
Here's to the second part of the chorus working in the coming season.........and Eintracht becoming German champions for the second time in its club history after 1959!

Just in time for the release of the new EP, the band also released this music video, which was recorded at the big fan festival for the Europa League final on May 18, 2022 in Seville. 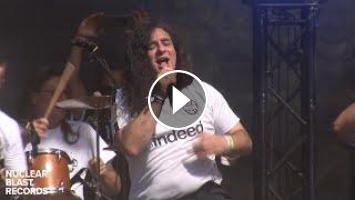