THE OCCULT - Watch You Die

Amidst the dark lyrical content such as murder, politics, and disdain for religion, The Occult is ultimately a celebratory band. They like to ensure that people leave the show with a smile. Hoping that people will forget their problems and become fully immersed in the music, they look to provide a transcendental experience. Well rehearsed, they don’t get on stage and wing it, they are dedicated, passionate, and meticulous about their music.

For the most part, each of the band’s songs starts with the vocals, a chorus melody that needs music to be written around it. Once that core of the song is done the rest starts taking shape. The sole songwriter, Eric Savanis was surprised with how simple it was to write - natural and innate. Constantly writing, he finished the thirteen tracks in a few months.

According to the band, this debut is the first step in what they hope is a long journey. They have a lot to say and think people will really dig the tunes. With a conglomeration of influences, especially stuff from the Seattle region in the early 90s, The Occult presents something that is both familiar and fresh. They are recommended for fans of Type O Negative, Life of Agony, Danzig, and Misfits.

Dance on your grave tonight
Under the moons waning light
The devil in my eyes, I wanna watch you die !!!!

THE OCCULT - Watch You Die 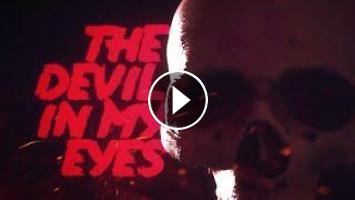