Norwegian solo metal artist Anniken will be releasing her debut album "Climb Out of Hell" on May 13, 2022 via Rockshots Records.
LISTEN: https://spoti.fi/3uFhSEL

Today, she shares her tribute to one of her teenage influences, Chester Bennington of Linkin Park. She explains further. "This song is an homage to Chester Bennington. I tried to give the sound some hints of Nu Metal. The riff is more rhythmical. The lyrics are about how Chester’s voice was a light in the darkness of difficult teenage years. I loved Linkin Park, especially their album Hybrid Theory. After Chester’s death, I couldn’t listen to their songs for a while. It was just too sad. Then one day I listened to their album One More Light on a flight back home from a holiday in the UK. The sound was quite different than that of Hybrid Theory, but I loved it. And the song One More Light is one of the most beautiful and heartbreaking songs I have ever heard. I decided then to write some sort of response to that song, as a message to Chester. Just to say Thank you!"

Anniken has been a part of the Norwegian heavy metal scene for years with her band Darkest Sins, the studio project Ana – Metal for Charity, as well as being a part of her husband Marius Danielsen’s trilogy Legend of Valley Doom, both in the studio and with the live band. While in Darkest Sins she opened for bands such as Anthrax, Jorn, TNT, and UDO along with Legend of Valley Doom she has worked with legendary musicians such as Ralf Scheepers, Amanda Somerville, Roland Grapow, Matt Barlow, Doogie White, Jennifer Batten, and also actor John Rhys-Davies from the Lord of the Rings and Indiana Jones movies.

Writing her own songs and having a profound love of lyrics, Anniken is now progressing into her solo endeavours. Anniken's debut album "Climb Out of Hell" features nine tracks, a few of them co-written with her husband Marius Danielsen.

It is a varied metal album that is melodic, raw, and catchy with different types of songs for every kind of metal fan. Some slow, some fast, most of them heavy. Some of the songs have a deeper meaning to them, while others are just exactly what you think they are. 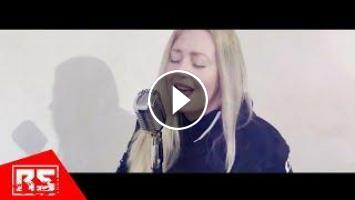 Norwegian solo metal artist Anniken will be releasing her debut album "Climb Out of Hell" on May 13, 2022 via Rockshots Records. LISTEN: htt...