“Shattered glass in the light!
Apparition of thought in my mind!
Clarity caught in my throat!
Oh, It hurts to know!”

The Lost Man’s addiction to control fails him. He ascends the stairs, exits the house, and finds himself standing in the spot where his father knelt so many years ago. Guilt masked by anger grabs him by the chest and he curses the earth beneath him. The death of his brother rises to the surface of his mind like a cloud of locusts swarms a field, ripping and tearing until hunger is satiated. He clutches a stone and sees the ghostly effigy of his father’s hand doing the same. Images of the tragedy that took his brother away flood The Lost Man, and he remembers the fury of his father as the truth was laid bare. But….what was it, that grave mistake that manifested by his own actions? The memory is too far in the ground, buried under broken glass and isolation. But this time will be different. This time he will not be cast aside. He is home, and he would rather die than suffer the loss of his past for a second time.

LYRICS -
Say you’re ashamed again!
Spit the words out!
This hatred I cannot place
Tears at my throat!
Stone in his hand
As he sobbed on the dirt.
Broken glass memories
Spread on the ground.

I stood upon the porch
that you brought into being with your hands.
Evident memories….
I will not stand for this.
Slave to anger,
Just a shell of a man!

Eat your words, you dying coward!
I don’t deserve this! Let me come home!

Give me back my mind!
Spare from this!

Oh, tell my father his bastard son
Has come unto the place of his birth
To take his claim!

Shattered glass in the light!
Apparition of thought in my mind!
Clarity caught in my throat!
Oh, It hurts to know!

O, curse of the hands -
Never come back!
To cling to the past. 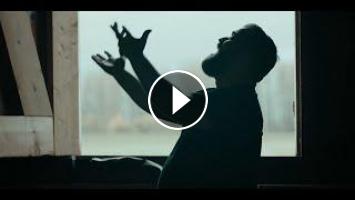