Listen here: https://www.metalblade.com/lybica
"I'm thrilled to announce that our debut record will be out September 16 on freaking Metal Blade," says Foley. "It's fitting to share 'Manifest' today, as well, since it was the first song Doug [French, bass], Joey [Johnson, guitar], and I played together a few years back. Now that [drummer] Chris [Lane] has completed the band, it's time for some shows."

Foley continues, "Fellow Floridians can see us at Respectable Street in West Palm on August 5, and also at Fest (!!) in Gainesville, with about 200 of your favorite bands. I also suckered the KsE guys into letting us play with them in Albany on September 22, just a week after Lybica's record comes out. We can't wait to see where this band takes us, and we're excited to get things started!

Meet Lybica, a dynamic instrumental force from south Florida that seamlessly blends flavorful guitar melody with powerful metallic crunch. Lybica will take you on an epic musical journey of peaks and valleys where the possibilities are endless.

Lybica was first conceived in 2020 when it became clear to Justin Foley (drummer of Killswitch Engage) that he wasn't going to be spending much time with his normal dudes for a while. Quarantine days still needed to be time well spent, and he'd been working on some demos that he finally decided to share with a few local friends in south Florida. "I'd written a bunch of stuff that didn't quite fit into traditional song structures," explains Justin, "and I've always been drawn to bands where the instruments provide hooks, rather than relying on a lyric. It seemed like a good time to start something new and see where it could go."
The trio soon discovered that they had something else in common besides music. "The three of us are pretty big cat people," Justin points out, "so it only made sense to call the band Lybica." Named after a small wildcat species native to Africa that is widely considered the godfather of the modern house cat, Lybica is the first known feline species to be tamed and domesticated by humans.

Fast forward 10,000 years, and today Lybica the band are as addictive as catnip. With the recent addition of drummer Chris Lane (A Brilliant Lie) to the lineup, and plans to release their debut self-titled full length album later this year, Lybica is poised to make some serious noise in 2022 and beyond, fur-real! 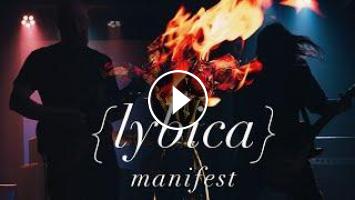 Listen here: https://www.metalblade.com/lybica "I'm thrilled to announce that our debut record will be out September 16 on freaking Metal Blade,&...