LYRICS:
Fallen disciples praising the exalted goat
But we bow down to no man
Satanic rites of empathy and equality
Deemed “demonic” by the lamb

Monoliths of the diabolical erected in defiance, against the servants of the light
Champions of hell have been invoked to crush the cursed creatures of the Christian right
Countless heretics maimed, hung by the noose in his name or viciously slain by their weapons of hate
Hades’ gates now overflow with burning souls
Onward to victory! Set their commandments ablaze 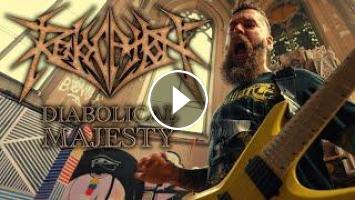