New York City band SUNLORD have released a visualizer video for the track 'The Vigilante', track that comes off their latest album '222' released later last year via independent.

Alfonzo Ferrazza commented: "Vigilante is a song that encompasses two of my favorite music styles , it's got NY Hardcore and thrash metal , Agnostic Front meets Exodus . The lyric goes w the times as it is a pro 2nd amendment song about protecting your family and dispensing death to those who threaten our lives or our homes or our loved ones".

'222' is available exclusively on a digital and physical format HERE ( https://sunlord.bandcamp.com/releases ). The album was recorded at Westfall Studios in Farmingdalem NY by sound engineer Tony Lopardo and mastered by Ray Marte. The art work was created by Al Ferrazza.

Sunlord is a heavy metal/punk rock NYC band that has been rocking the tristate area underground for long years and actively touring the nation, South America and Europe since 2015 . Formed by Argentinian American frontman Alfonzo Ferrazza, Sunlord has two albums released independently.

Sunlord live band will be touring as: 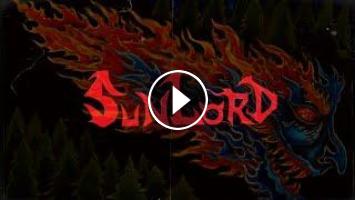 New York City band SUNLORD have released a visualizer video for the track 'The Vigilante', track that comes off their latest album '222' released late...