THE TIMEOUTS - The Blind Leading The Blind

“The Blind Leading The Blind” is the second single released from The Timeouts’ forthcoming debut album out later this year. Directed by Tommy Keeling of the band Minatore.

This is what the band said about the song:

“This song is about trust, fundamentally, or a lack thereof. More specifically it’s about questioning why we trust people in a position of power, not just politically, but in religion and in every day life. The last few years have proven to us that nobody knows anything, and that powerful figures are just as clueless about what is going on in the world as us regular people, so we wanted to explore this idea in the new single. We recorded it last December, and we’ve only played it live a handful of times but it’s sounding huge in rehearsals and we can’t wait to see the audience’s reaction to it when we play it in our set for our upcoming tour.“

eenage band The Timeouts from Nottingham, UK, are a grunge/Metal hybrid that blend the sounds of Led Zeppelin, Soundgarden, Alter Bridge, Alice In Chains, QOTSA Jeff Buckley into one. Their heavy, loud, raw, and powerful guitar-driven rock with intensely sung vocals has gained them a loyal underground following and band members often end up joining the mosh pits at their own shows.

The Timeouts are poised to be the next band in line to take on the Rock and Metal scene. Discovered and signed by Grunge Pop Records, the band is currently recording their debut album with producer Simon “Smiley” Hopkinson at Electric Bear Studios in England.

THE TIMEOUTS - The Blind Leading The Blind 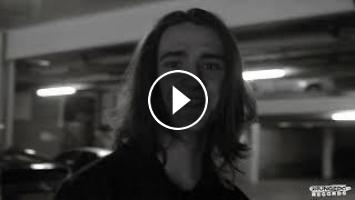 “The Blind Leading The Blind” is the second single released from The Timeouts’ forthcoming debut album out later this year. Directed...