Artist Bio: A respectful ode by the Costa Rican underground scene to the four decades of musical aggression by the legendary American thrash metal band Slayer.
The great anthem “Angel of Death” reimagined to be heard like never before and for the first time in history with a video clip that portrays all the power and darkness of the greatest piece of violence on the 'Reigning Blood' album.

About the Video: couple of years ago I was having coffee at work when Felipe Gutierrez came out to Diego and me and said: “Let’s make a tribute for Slayer. Let’s record the most insane, brutal metal video Costa Rica has ever seen.”
In a matter of minutes we were brainstorming ideas to follow through and record “Angel of Death”. We moved quickly and reunited a great team, musicians: Diego Hidalgo, Andrés Cano, Andrés Castro (Sight Of Emptiness), Emanuel Navarro (Trampa), and Anton Darusso (Wings Of Destiny).
Together with engineers Juan Pablo Calvo, Roland Vallejo, Aleksey Stetsyuk, and the amazing team of Atómica Films, led by Miguel Gómez. With a crew of around fifty people we managed to prepare an amazing day long production, shooting up in three different sets in just one location.
Our hard work paid off and we ended up with a video that makes every single one of us proud and extremely excited with the idea of sharing it with our friends, with the world, with Slayer. Slayer is one of the most iconic bands in the world, their existence has inspired thousands of bands across time. And have been the banner of millions of fans who find themselves in the raw aggressiveness in Slayer’s music.
For this reason, we present to you: “Angel of Death - An Oda to 4 Decades of Aggression.” to be released on June 6th. A collaboration of Sheep Visual and Atómica Films in video production, and Reap Studios in the music production. Thank you so much.

***
Please support us on Patreon!
https://www.patreon.com/blanktv

Check out the new merch!
http://www.blanktv.bigcartel.com/ 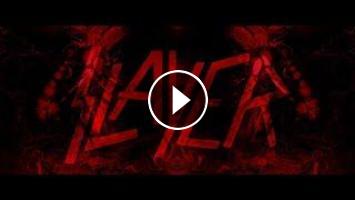