Buy here: http://www.metalblade.com/violence
Phil Demmel and Bobby Gustafson rip through the riffs in "Flesh from Bone" from the "Let the World Burn" EP. 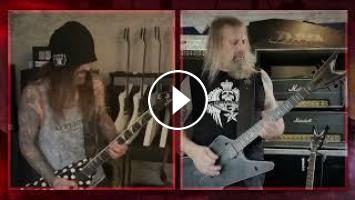 Buy here: http://www.metalblade.com/violence Phil Demmel and Bobby Gustafson rip through the riffs in "Flesh from Bone" from the "Let t...