W.E.B. - behind the scenes of "Murder of Crows"

About W.E.B. -
Since forming in 2002, Greece’s W.E.B. have steadily forged a path to becoming one of the premier European symphonic extreme metal bands expressing darkness and death through adrenaline and poetry. An output that’s both candid and theatrical, W.E.B. is here to move you, provoke you, and invite you on a journey through ravendark and starless nights. With four albums already under their collective belt, 2021’s fifth full-length, Colosseum, which was recorded, mixed, and mastered in Sound Abuse Production Studio in Athens by Psychon and produced by the band’s own Sakis Prekas, is inarguably the band’s greatest and most direct work to date.

Combining the brutal with the catchy and drenching it in orchestrations that only serve to expand its epic scale, Colosseum is a thrilling, gripping listen with each of its nine tracks playing an important part in the album as a whole, making it clear that W.E.B. stands toe-to-toe with anyone in their genre.

W.E.B. - behind the scenes of "Murder of Crows" 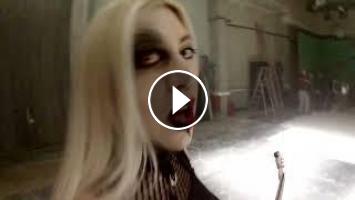